Track record of
success in oncology

Farmitalia established the Nerviano research site, which started to operate as the R&D center of the pharmaceutical company in 1965.

The timeline of the research center in Nerviano, now the headquarters of the NMS Group, is intertwined with the history of Italian chemical pharmaceutical industry and in particular, with an important entrepreneurial history of Farmitalia SpA.

During the years of post-war reconstruction, the company continues its development path that leads to create in Nerviano what will be destined to become the center of excellence for Italian pharmacological and biomedical research. The works for the construction of the headquarters were started in 1959, based on a project by the Niccolò Belloni Architetti studio of Milan, and the inauguration took place in 1965. The Center was originally focused on veterinary and zootechnical research.

In 1978 the merger between Carlo Erba Spa and Farmitalia finally concluded under the new name of Farmitalia Carlo Erba Spa. During this period, an important antitumor treatment, AdriaminicinIn was a created after years of the development in the oncology field by the group from the Nerviano campus. 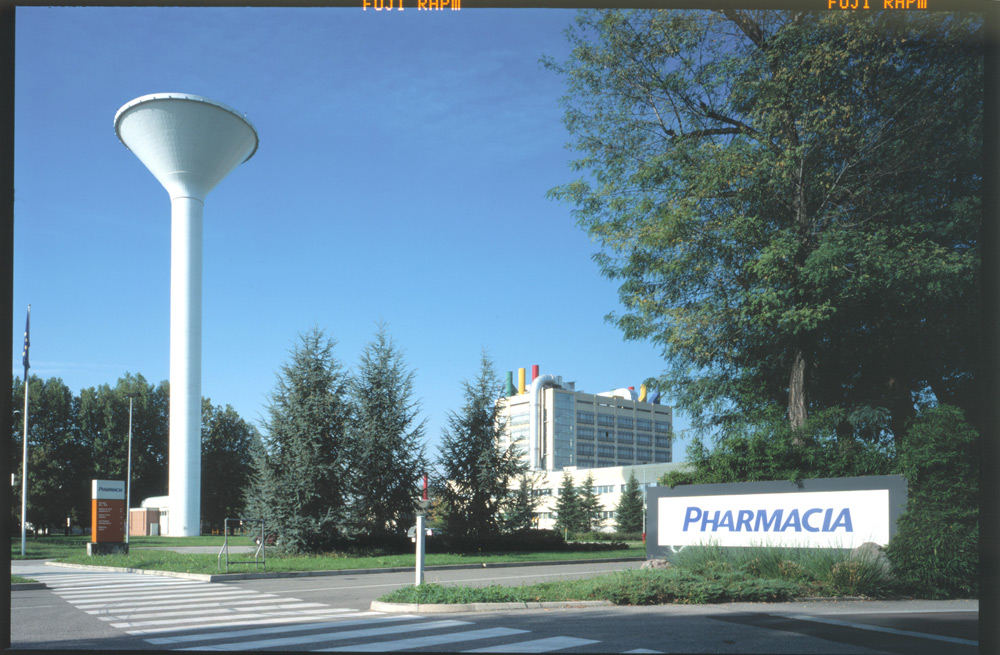 The Farmitalia Carlo-Erba group was acquired in 1992 by Kabi Pharmacia; following  several M&A transactions, the latter was finally acquired by Pfizer in 2002.

In 1993 Farmitalia Carlo Erba SpA became part of the Swedish group KabiPharmacia, thus putting an end to an Italian ownership that lasted over one hundred years.
In the following decade, the Scandinavian company focused its attention on cancer research and in 1997 the campus that we see today was inaugurated, at the time the largest in Europe for cancer treatment.

In the meantime, however, numerous changes in the corporate structure happened one after the other, ended in 2003 with the merger into the Pfizer conglomerate. 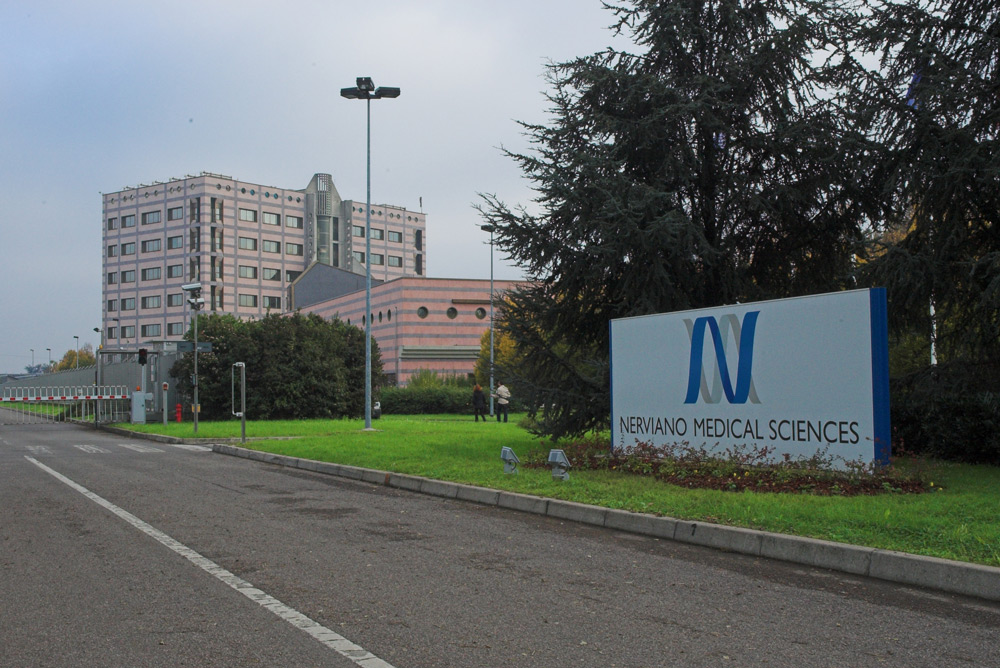 Pfizer sold NMS to the Curia Generalizia of the Congregazione of Figli dell’Immacolata Concezione, an entity belonging to the Vatican. Nerviano Medical Sciences was born in 2004 under the new ownership, became an independent center of pharmaceutical R&D in oncology.

Over the years, NMS Group increases its international visibility in oncology and becomes a reference for the network of hospitals, Scientific Institute for Research, Hospitalization and Healthcare (IRCCS), research centers and universities in Lombardy, historically the top Italian region in the fight against cancer.

At the end of 2010, the Lombardy Region decided to intervene directly in the management of the Group with the dual objective of ensuring an institutional direction of its activities, and of relaunching the leading role of the Region in the R&D field in the oncology area.

The Lombardy Region acted  as sponsor to relaunched the Group by acquiring 100% of its controlling stake through the Regional Foundation for Biomedical Research of the Region in 2012.

In October 2011 the Regional Foundation for Biomedical Research (FRRB) was formed, a private institution set up by the Lombardy Region to promote and enhance scientific research in the Life Sciences sector, with a focus in the biomedical field in Lombardy. The Lombardy Region relaunched the Group by acquiring 100% of its controlling stake through the FRRB in January 2012. In 2015, the Group changed its Corporate Governance, appointing a completely new Board of Directors for the Holding Company.

The Chinese investor aims to bring the innovative drugs discovered in Nerviano to the large Chinese patient population to improve their quality of life. The value of the transaction amounts to approximately 300 million euros.

In January 2022, new board of directors have been appointed and subsequently set up new governance to accelerate the progression of the portfolio, to strengthen the competitive positions of Accelera and NerPharMa, and to optimize and deliver concrete values for its patients, shareholders, employees and community.

Welcome and Check out our new motion picture!